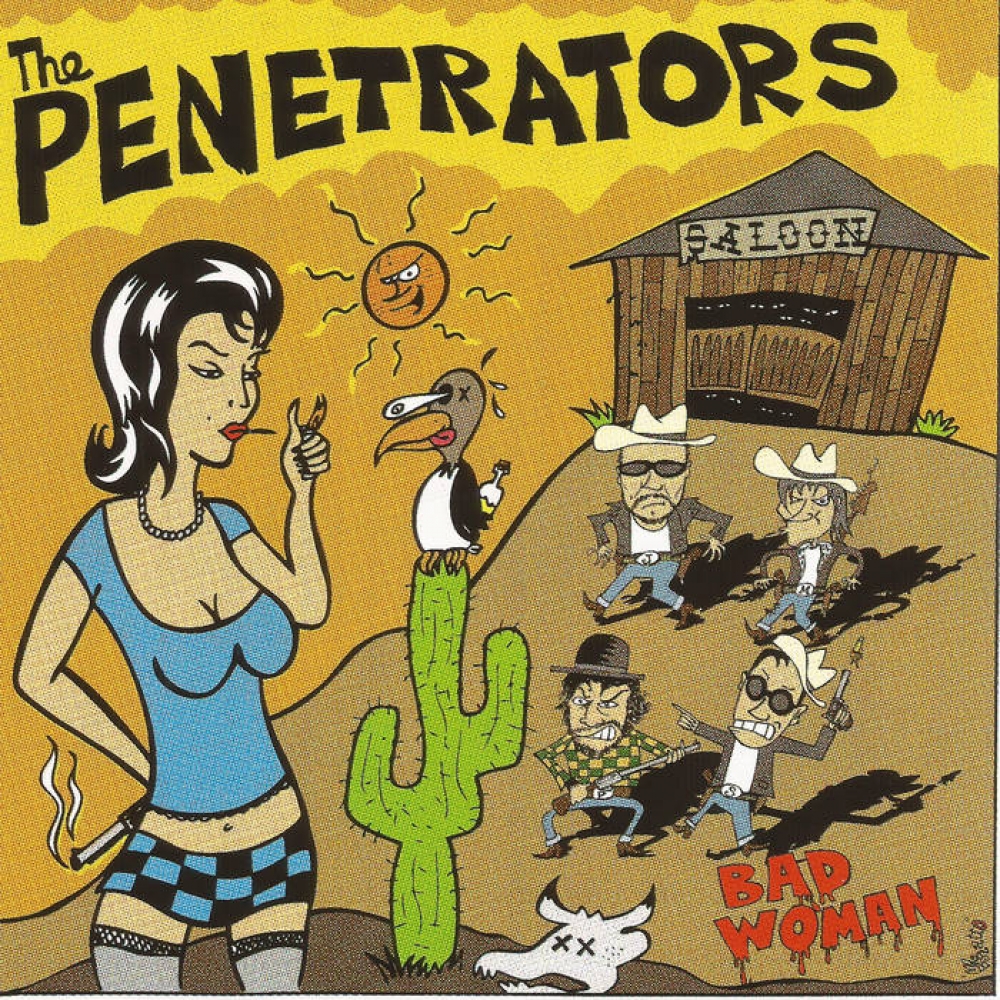 After looking around at the wreckage that was musical scene back in 1999, the Penetrators decided to go back into the recording studio and bang out yet another set of serenades to the farm animals and local inhabitants around Sangerfield, New York. We are pleased as all heck to present the revived Penetrators' latest studio stuff featuring Jack Penetrator's incredibly hot lead vocals, Spike's great production and guitar work, special lead guitar solos from upstate musical legend Mark Doyle, and incredibly rocking support from everybody else involved. With such great studio stuff under their collective belts, what else could they do but go on the road to select venues, including headlining the 2003 Chicago Blackout.

Other listings from Slovenly Recordings