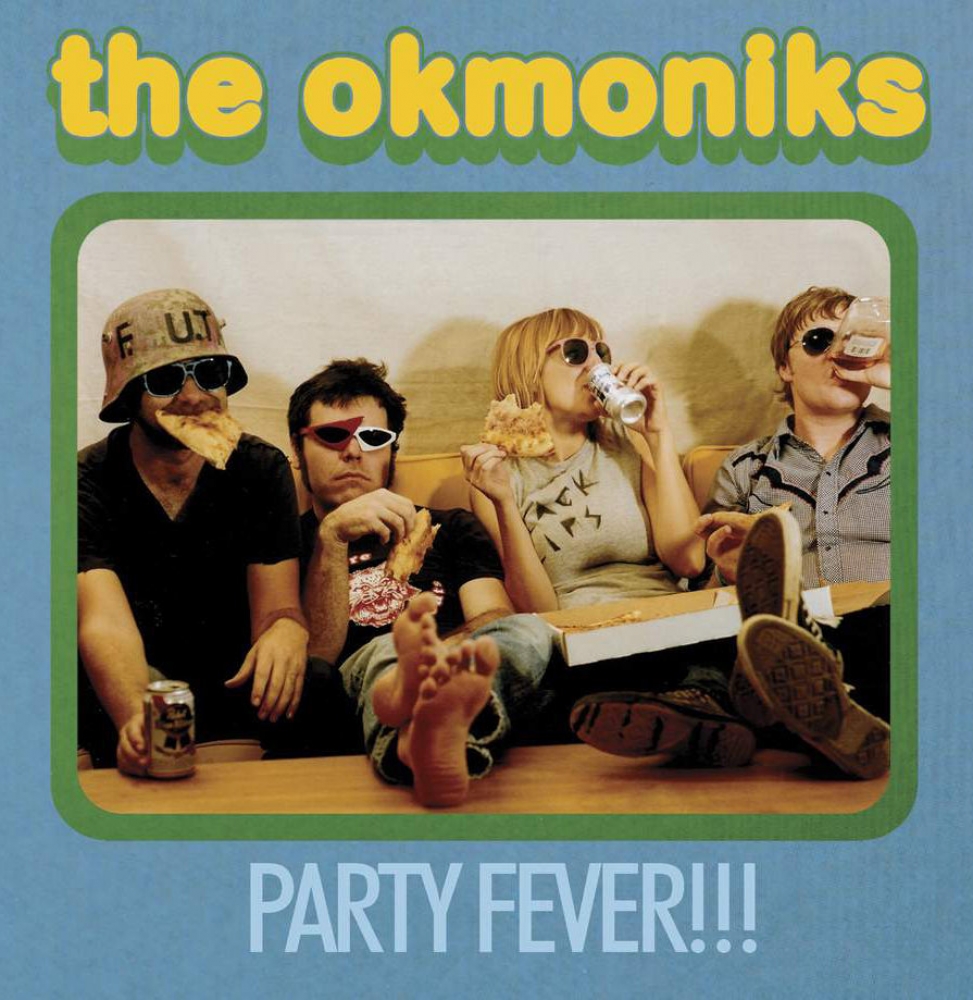 When Slovenly offered to release a 45 RPM single for Tucson's THE OKMONIKS, they gave us 9 songs to choose from, but every song was a masterpiece of mid-60s organ driven frat dance bash a go-go, so we had to release it as the first ever OKMONIKS long player, "Party Fever!" With a history of trashy live perfection, led by America's grooviest garage virtuoso Helene 33 (on the electric ivories), and a now-legendary stack of 7 inch sides under their belts, this LP was the obvious next step: an album loaded to the label with insane danceability, hilarity and speaker shredding fidelity. Short and sweet, "Party Fever!" fully repeats on both sides of the vinyl so the action never ends. Available as a shiny 5 inch one-sided compact disc as well.

Other listings from Slovenly Recordings